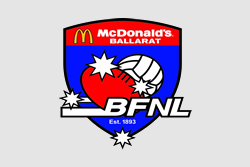 League Review | A brilliant opening quarter put Maryborough in control of the A-grade netball match against Eaglehawk in Saturday’s fifth round of the Bendigo Bank Bendigo Football Netball League season.

The Magpies led 17-5 at quarter-time of the contest on the Princes Park court and then surged to a 17-goal buffer by the long break.

The Alicia Cassidy-coached Maryborough went on to claim its second win of the season, a great effort considering the club had just one victory in A-grade in ’21.

Among the Pies’ best were Keely Hare who was switched from her usual role in attack to play in defence.