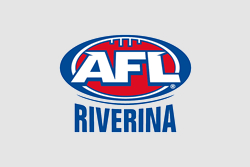 ABC News | A four-year-old from southern New South Wales has caught the eye of some of the biggest netball clubs in the country after donning pink heels and an upside down bib for her first game.

Hazel Flinn took to the court for her first match with The Rock Yerong Creek Football Netball Club (TRYCFNC) on Sunday.

Despite her team not scoring a goal, the game was a huge success for Hazel.

An image snapped by her mum, showing Hazel in the pink shoes and a dress with her hands in the air, has gone viral on social media.

Katherine Flinn said the Net Set Go game was the day before her daughter's birthday.

"Hazel, who usually comes along and dances around like a fairy, decided to get involved," she said.

"She popped on the dress with her birthday click clacks and went out and held her arms in the air."