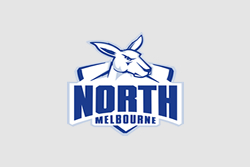 SEN | David King has suggested a huge trade between North Melbourne and GWS that would shake the core of both teams.

There has been a lot of talk about North’s veteran players and whether the club should move them on to accelerate their next generation of players and bring in draft capital.

At the same time, King feels the Giants need to take full advantage of their premiership window and leave no stone unturned.

“I think the biggest decision (for GWS) … at the end of the season, they’ve got to find a way to not be going into a finals campaign with the ruck setup they’ve got now,” King told SEN’s Crunch Time.