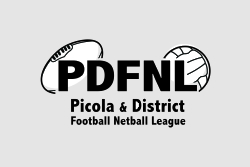 Media Statement | On Friday 20th November Katandra FNC received correspondence from ‘the Picola and District Football Netball League to formally advise that the application for membership, from the Katandra Football Netball Club, has been officially granted’.

The club would like to thank everyone involved in this process including the MFNL, PDFNL and AFL GM for assisting throughout the relevant stages since early June.

Katandra FNC is very much looking forward to once again competing in the district competition and rekindling rivalries with our northern neighbours.

A special mention to the Murray Football Netball League for their acceptance and understanding of an extremely difficult situation for our club. In a time where the sporting community was crying out for some leadership in the region the MFNL and their executive took it upon themselves to embrace our club and offer a space to compete. All clubs were welcoming of our participation and it was a fantastic challenge for us to compete in such a strong competition. The 2 years competing in this league will hopefully benefit our players and club for many years to come. On behalf of Katandra FNC we wish to personally thank the MFNL Operations Manager, the MFNL Executive, MFNL Club Presidents and MFNL Clubs for allowing us to be a part of your competition over the last few years.

As we now focus on 2021 we would also like to introduce our committee as elected at the recent AGM. The executive team is made up of Corey Wilson (President), Bree Dudgeon (Vice President), Laura Lawn (Secretary) and Rick Dunham (Treasurer). The general committee is made up of Leigh Simpson, Amber Dunkley, Luke Dunham, Reece Wardle, Nicci Simmonds, Marcus Cook, Rach Ford, Nathan White, Ross Opie and Ross Hopkins. General committee roles will be allocated in the new year. Thank you to Alex Zinonos who was a member of this years committee but is unfortunately relocating back to Melbourne, his position has been filled by Ross Hopkins - a big welcome to Ross as he joins our committee.

It is important to mention that with the situation we have just all gone through there is an element of uncertainty in relation to what the competition will look like next season and how our club is going to operate post covid. More than likely we will be operating in a ‘COVID-normal’ environment which will include various restrictions.

Volunteerism will be paramount for Katandra FNC to operate successfully – if you participate at the club, you need to support the club – the most important form of support you can give is your time. Please let one of the committee members know if you are able to fill any of the off field/court and/or on field/court roles next season.

Your support is very much appreciated.