All Time Lists: Top 10 Highest scores of all time 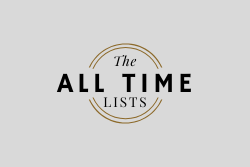 So the challenge was a simple one in theory, list the Top 10 highest scores of all time in senior Victorian country football matches.

I apologise if we've made a mistake. but we think after trawling thorugh all the records we could find this is the current Top 10.  There is a score from 1925 from the Dookie Football Associaion taht invovled a score of 78.19 487 between Katatmatite and Wattville, but since the game was declared a non result due to a series of protests, tribunal hearings and utlimately a VCFL appeal, we can't include it in the list.  There is a great stroy behind it though, but that's for another time.