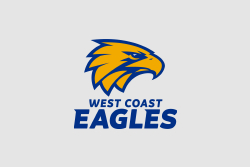 SEN | "I got it wrong, I need to own it" Eagles coach Adam Simpson has apologised for comments claiming AFL clubs would only draft kids from private schools and stable families due to the reduced soft cap, saying "I really didn't mean it."

Simpson had told Sportsday on Wednesday the cuts to the soft cap and resources had made it harder to develop draftees who might struggle to adjust to the AFL lifestyle.

“You’re more inclined to go safer in the draft and you’ll draft the same type of player – Mum and Dad are still married, kids go to the private school, not too much of a hassle off-field,” Simpson said on Wednesday.

“We’re probably a coach short and a couple of medicos short as well and I’ve said this before but it does affect who you draft and develop.”

However, after realising the comments had been misinterpreted, Simpson told AFL Nation on Friday he severely regreteted his phrasing.