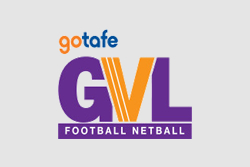 League Statement | The GOTAFE Goulburn Valley League (GVL) has made the difficult decision to cancel the 2021 finals series for all grades of football and netball.

This decision has not been made lightly with the growing COVID-19 case numbers across Regional Victoria, particularly in the Shepparton outbreak, a major influence in the decision.

During the current pandemic, the GVL’s number one priority has continued to be the health and wellbeing of its supporters, players, umpires, officials, partners, volunteers and committees and everyone across all our local communities.

The GVL Board and Presidents of all twelve of its member clubs met on Monday night to discuss the finals series for 2021. At that meeting, almost half of the clubs were of the opinion that the season was over. Several other clubs indicated that they would like to wait another week or two before a decision was made but conceded that the season was more than likely over.

GVL Board Chairman David Roff said, “This is not a decision we have made lightly. The inability of metro-based players to travel, as well as NSW restrictions placed significant strain on clubs in terms of player availability for games played on 14 August. The announcement last week of a lockdown across Regional Victoria saw the Board make the decision to cancel the remaining two rounds of the home and away season.”