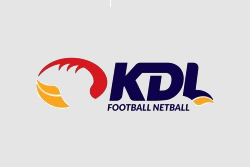 CODE Sports | To catch one of football’s great wanderers, you have to head to the Goulburn Valley in central Victoria.

It’s a relatively straight run from Melbourne: get on the Hume Highway, turn on to the Goulburn Valley Freeway at Seymour, cut across to Murchison, and travel through Rushworth and Stanhope, passing roads named Two Tree, Old Lead, Haystack and Wild Paddock.

A town called Girgarre is a few minutes past Stanhope.

It has a memorial hall, a small post office, a petrol pump, a park and a population of “a few hundred’’, according to the locals.

And it has a recreation reserve, which is where you’ll find Damian Cupido standing in the goal square in the blue and white jumper of the Girgarre Kangaroos.