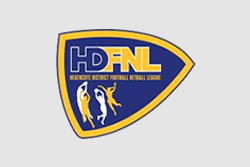 League Review | The A-Grade netball premiership cup was in the hands of Elmore for the first time in 54 years at the Bendigo Bank Heathcote District Football Netball League’s grand final day on Saturday.

Elmore took on White Hills in the clash at Huntly’s Strauch Reserve to cap a superb netball season.

The season record stood at two-one in favour of the Demons.

After a round five loss at home to Elmore, White Hills broke the Bloods unbeaten streak which had hit 23 games across the shortened 2021 season and into the ’22 campaign in the 14th round.

White Hills had also won the second semi-final against Elmore by five goals on the Gunbower court.