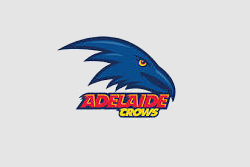 SEN | Adelaide forward Eddie Betts admits a night in a prison cell helped turn his life around to reach the 300-game milestone. The former Carlton forward got involved in "all the wrong things" early in his life, including struggling with a gambling problem.

Speaking on Fox Footy's AFL 360, Betts spoke about the infamous Carlton boat cruise in 2009, where he was arrested in Melbourne for being drunk.The 32-year-old says this was a major turning point in his career.