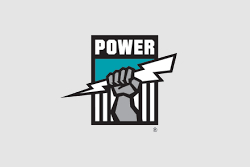 The Showdown, which kicked off in 1997, is South Australia's flagship football event played between the Power and the Adelaide Crows.

The rivalry creates such a stirring atmosphere in Adelaide that Koch believes it exceeds any other in all football codes.