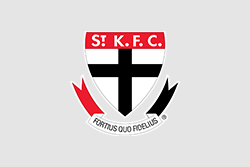 SEN |  Former St Kilda forward Arryn Siposs has been contacted by the Detroit Lions ahead of the NFL Draft. Siposs has the caught the attention of the Lions after impressing as a punter in his two-year stint at American college Auburn.

“The call completely came out of the blue. I was like, ‘OK, that’s pretty cool’.