The side who "really impressed" Matt Rendell during pre-season games 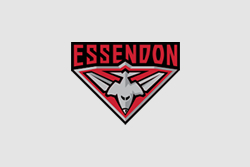 SEN | Former AFL recruiter Matt Rendell says he was left impressed by Essendon’s effort in their pre-season match against Geelong, declaring they may not even miss Adam Saad.

The Bombers endured a turbulent off-season, which saw Ben Rutten take over as the club’s new senior coach, while the likes of Saad, Orazio Fantasia, Joe Daniher and Conor McKenna all departed.Despite losing to the Cats last Saturday night, Rendell said there were plenty of positives for Essendon to take into the season proper.