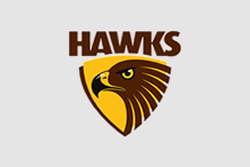 SEN | SEN’s Gerard Whateley has cleared up any confusion surrounding Sam Mitchell and his involvement with Collingwood, while making his stance on the media’s reaction evident.

Speculation has surfaced following reports questioning whether Mitchell was part of the early process in being coach of Collingwood before being announced as the future coach of the Hawks.

“This is where the power play and the politics that centres around Jeff Kennett is very real, and from what we know there was barely a 20 minute conversation between Clarkson and Mitchell on the way into the announcement,” Whateley said on SEN's Crunch Time.

“The work has been actually been done in the aftermath of it.

“Sam (Mitchell) wanted it very clear in the timeline that he didn’t take Clarkson’s job above all else, that’s what he’s spelt out.”