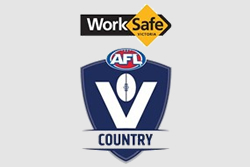 The Age | Suburban footballers are waiting for a return-to-play date across Victoria, but not all clubs are keen to get back on the park.

The president of Leopold Football Club, a powerful club in the Geelong league, believes a return to local football this year would be met with competition-wide hesitation at board level because of the financial pressures caused by the coronavirus. Leopold is bracing for a crash in revenue if crowds are locked out of grounds and president Richard Hockley says he would rather not play this season if it meant keeping the club financially stable.

Hockley says he's not the only one in the league with that opinion.