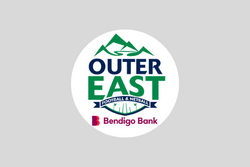 League Review | It was the weekend of upsets and first up wins for many of our teams across Outer East FN over the weekend as the region once again braved some wet weather and got on with their football and netball competitions.

The headline act, without a doubt, is Yarra Junction getting the better of Kinglake in a match which has set the standard for the Eagles as they go up against its opponents for the remainder of the season.

Monbulk delivering the first loss of the season to Woori Yallock was also a shock, but to the Hawks’ credit, they worked really well as a team to beat the second placed Tigers to be deserving winners.

The Woori Yallock netballers and Pakenham Lions finally grabbed its first wins in premier division, while ROC turned it around in the last 15 minutes against Wandin to get the four points.