North Gippy down to four by Monday 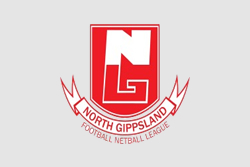 The first week of finals will see Churchill and Traralgon Tyers United battle it out for the right to play Yallourn Yallourn North in the Second Semi-Final, while local rivals Yarram and Woodside meet in a do-or-die Elimination Final on Sunday.

Although Sale City will not be playing on the field in this year’s series, the Bulldogs will still have some role to play, as tomorrow’s match is being held at Stephenson Park.

With YYN the runaway leaders of the competition, finishing two games and more than 100 percentage points clear on top, the Cougars and Bombers will be out to win tomorrow in the hope of catching the Jets on an off day.