Dusties out to control the Cobras 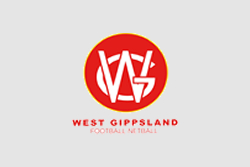 The Gazette | It's week two of the finals in the West Gippsland Football Netball Competition, and the two matches on offer are shaping up to be classics.

In one, we have what many see as a grand final preview, while in the other an underdog will be looking to stop one of the state's most damaging country league footballers. The top two teams face off once again this week, with the winner to go straight through to the grand final.

Tooradin-Dalmore and Phillip Island, as the two runaway premiership favourites, met each other twice throughout the season, with both sides grabbing one win apiece. The Seagulls' loss to the Bulldogs in round 16 proved to be their only defeat for the season as they otherwise managed to stay perfect.