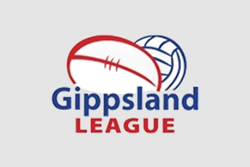 The Gazette | It's finals time in the Gippsland League, and with the perfect Leongatha getting the week off it's up to the other four teams to press their case.

A qualifying final will see two of the league's best face off, while an elimination final will see one side's season end by the end of the weekend. Here's how this week's action is shaping up.

Second meets third in the qualifying final, with the winner to face off against Leongatha next week and the loser consigned to do things the hard way against the winner of the elimination final.

Wonthaggi, Sale and Traralgon were the three sides vying with one all year with one another to grab a top three spot underneath Leongatha, with the Power and the Magpies ultimately coming out on top.