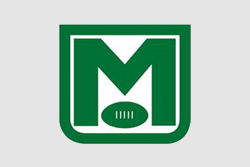 Media Release | The Eagle i T-L Irrigation Murray Football Netball League Executive and Club Presidents met Wednesday night and have made the difficult decision to cancel the 2020 premiership season. This was the only viable decision to ensure long term sustainability of our Clubs and the League.

The Murray FNL’s number one priority has always been the safety and wellbeing of our communities. Our Clubs rely on these communities for supporters, players, umpires, officials and volunteers. The Murray FNL Executive have been in constant communication with the boards of the GOTAFE Goulburn Valley League, the SS&A Ovens & Murray League sharing their respective club’s thoughts and concerns. The support and communication in this time from Jamie Macri AFL GM Regional General Manager over this time to seek clarity from all governing bodies needs to be acknowledged in these unique times, his guidance has been invaluable.

Murray FNL General Manager, Dale Norman said, “The joint meetings were a healthy exercise and something the Leagues will continue to do. Although the structure of the competitions is slightly different, we all have similar issues. The Murray FNL Executive is grateful for the opportunity to work together with the Leagues and look forward to this continued collaboration into the future.”

Given the recent tightening of restrictions by the Victorian Government the Murray FNL Executive and Clubs concluded it would be socially irresponsible to continue. There were several other factors to consider including the ability of clubs to generate revenue, it is difficult to run a season with minimal spectators, and no clear indication of a pathway moving forward. Murray FNL General Manager, Dale Norman said, “Time was against us in the end. To play a compromised competition and with no clear direction for crowds the only viable decision to ensure the long-term sustainability of the Clubs was to cancel the season. Revenue streams for Clubs have been impacted due to the inability to generate sponsorship and membership sales.

Clubs also expressed concerns about the additional burden on volunteers to comply with COVID-19 protocols and procedures, community health and the impact on older volunteers, the inability to manage crowds and implement social distancing requirements and the ongoing confusion over cross border protocols.”

The Murray FNL will now focus on the possibility a junior competition for football and netball in the coming months should clubs wish to be involved. This, of course, will be subject to both Victorian and New South Wales Government restrictions and Return to Play protocols.

The Murray FNL Executive and Clubs thank our valued sponsors, committees, players, volunteers and supporters for their patience as every option was explored to return to the field and courts during this unprecedented time. The Murray FNL Executive also acknowledge the Club Presidents for their trust and input. The collaborative approach and understanding have ensured the Murray FNL remains strong and united in this difficult time. The Executive and Clubs will continue to collaborate to ensure the competition will be back bigger and better in 2021.