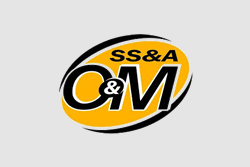 League Preview | One third of the home and away season will be completed this weekend with the Norm Minns Oval taking centre stage as top of the table Wangaratta host Myrtleford.

The Magpies have blitzed all of its first five opponents but can expect to face its biggest challenge against the inform Saints keen to impress.

Mixed news for the Pies at selection with coach Ben Reid and star forward Michael Newton both returning; however Joe Richards and Matt Kelly will miss with injury.

The Saints welcome back giant ruckman Dawson Simpson, where along with Cal Crisp could have an advantage over the Pies.

North Albury fresh off its first win in 1022 days will also have a fresh coaching team with former premiership players Corey Lambert and Clint Gilson taking over the reins as co-coaches.