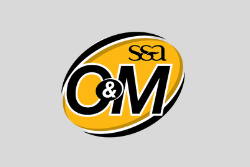 League Review | A stunning second weekend of SS&A OMFNL finals action, with both football Semi-Finals being decided by five points in front of big crowds and plenty of passion.

Whilst in the netball, the finals experience of both Yarrawonga and Wangaratta shone through as they enhanced their premiership credentials.

Wangaratta Magpies are the first team into the SSA O&MFL Grand Final after they held off a massive challenge from Yarrawonga to win a beauty by just five points at Corowa.

Whilst on Sunday, Wangaratta Rovers unleashed one of the all-time OMFNL finals comebacks, coming from 37 points down at the ten-minute mark of the third term to win. It sets up a blockbuster preliminary final next Sunday at Bunton Park in North Albury between Yarrawonga and Wangaratta Rovers.