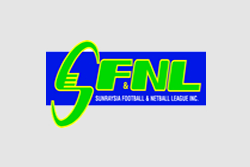 Sunraysia Daiily | Racism almost forced Robinvale football prodigy Phil Egan to turn his back on a promising Victorian Football League career, in which he played 125 games over nine seasons at Richmond Football Club.

The gifted Egan also kicked 117 goals during his career, including successive bags of seven goals from full forward against Melbourne and North Melbourne in 1988.

But it would never have happened, if not for another equally talented indigenous player as well as a young club leader who showed maturity beyond his years.