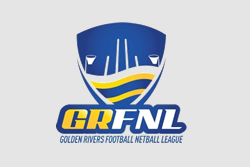 It was the Swans from Moulamein who made a brilliant start to lead 30-17 at quarter-time of the clash on Nullawil’s turf.

The Maroons struck back brilliantly to score 6.3 to just two points in the second term to gain a four-goal buffer by the long break.

Another tally of 4.5 as it kept the Swans to a point in the last completed a 114-46 victory for Nullawil.