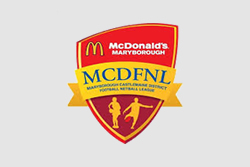 Herald Sun | A country footy grand final descended into chaos when a player jumped the fence and started throwing punches in a wild off-field brawl.

An ugly off-field brawl involving a player and spectator has marred a country footy grand final. Footage of the incident at the Maryborough Castlemaine District Football League decider between Harcourt and Carisbrook on Saturday afternoon has emerged online.

In the video obtained by Leader, two spectators can be seen exchanging punches near the fence of Princes Park in Maryborough where the game was played.

Other people rush to split the pair up before a Carisbrook player is seen jumping the fence where he throws punches at a spectator.