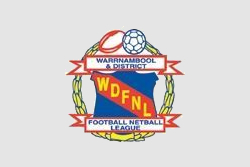 The Standard | A good, old fashion test of strengths will determine who secures this year's Warrnambool and District league premiership, according to the opposing coaches.

Kolora-Noorat's Ben Walsh enters his second grand final as a player but his first as mentor, while Nirranda counterparts Shane Threlfall and Shane Quick have led their side to three of the past four grand finals.

It will be the first time the two country powerhouses will lock horns in the league's deciding match and both are aware of what the other can do if let loose.