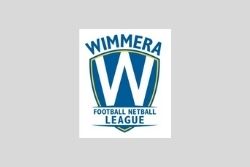 Mail Times | The final domino in Wimmera football and netball has fallen after it was announced the 2020 Wimmera Football League and Wimmera Netball Association seasons would be abandoned.

The two boards made the joint decision on Monday night that both senior competitions would be cancelled and the focus would shift towards offering juniors the opportunity to participate in football and netball.

Wimmera league clubs shared news of the cancellation with their members on social media , thanking them for their support and commitment despite the uncertainty around the football-netball season.