Young the hero for the Tigers 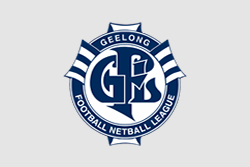 k Rock Football | A goal after the siren from the talented Flynn Young has given Grovedale consecutive wins for the first time this season and kept it in touch with the GFL top five.

Trailing by four points after Leopold goaled with just a minute remaining in the contest at Leopold Memorial Park, Young won a free kick for holding the ball against star Lion Logan Wagener 15m from goal just before the siren sounded.

“I was pretty happy it was in his hands,” coach Daniel Fraser said.

“He’s a pretty smooth user of the footy, and he was able to put it through the big sticks and give us the four points.”

It was appropriate that Young played the hero for the Tigers after producing his best display since the Geelong Falcons graduate arrived at Burdoo Reserve.

“He’s been pretty good all year for us, but I loved his game because when the heat was on late in the game, he stood up,” Fraser said.