Panthers get down and dirty 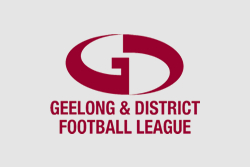 k Rock Football | Bell Post Hill coach Justin Tarr has praised his players’ ability to adapt to the conditions after beating East Geelong for a second time this season in a slugfest at Richmond Crescent.

“The whole 22 played their role,” Tarr said of the Panthers’ fifth-consecutive win.

“They all had their moments and stood up when we needed them to.

“The game was there to be won or lost in the last quarter, and all the boys stood up, and we got over the line.”