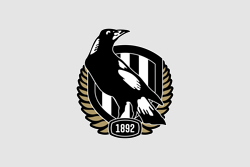 SEN | Dayne Beams has denied his contract payout played a part in Collingwood’s salary cap troubles that led to four players being traded.

Beams had two years to run on his contract when he announced his retirement last November after taking an indefinite mental health break from football.

Adam Treloar, Jaidyn Stephenson, Tom Phillips and Atu Bosenavulagi were all moved on by the Magpies during last year’s tumultuous trade period in a bid to free up cap space.

Beams, a premiership player with Collingwood in 2010, claims his contract payout came outside the salary cap.