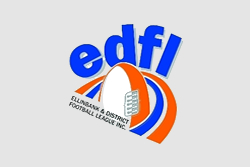 The Gazette | Although it was Trafalgar who secured another Waterloo Cup, Yarragon lost no admirers in a competitive effort against the Bloods.

Indeed, the Panthers had more scoring shots in going down 11-5 (71) to 7-15 (57). It was a competitive effort against one of the Ellinbank District football contenders Yarragon needed to further prove they are much improved and on the rise.

The early stages of the match threatened another dominant performance from the Bloods, as they booted six first quarter goals for the perfect start to Daniel Puglia's milestone match.

Despite missing key forward Damian Mann, the Bloods still found an avenue to goal, led by the mobile Tyson Leys who would go on to finish the game with four majors. Facing a 22-point deficit at the first change, the Panthers were able to tighten their defence and restrict opportunities for the opposition.